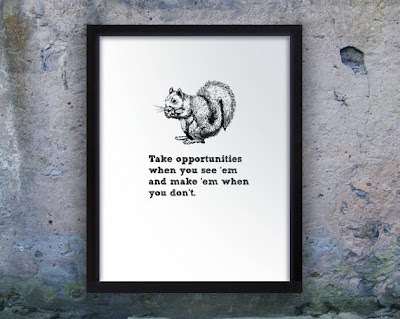 Disclaimer: This is what happened with my little family but each family is different and what worked for us might not work for everybody...you get the concept.

Anyway, you should also know that I don't know what I'm talking about!

Recently, when attending baby gatherings (library, clinic, restaurant, etc.) with kids of Alice's age, there is always the same buzzing sound: no, ...! no, ...! no,...!

Oh, I'm not talking about the "no phase" associated with toddlerhood. I'm actually referring to "no phase" that parents have when their babies transitioned from docile creatures to little explorers that are slowly discovering their independence and sense of confidence.

It seems that pretty much every initiative results in a patronizing "no" and a sentence mostly composed of very abstract words that probably sound like "blah blah blah" to a young toddler's ears.

Negativity is fu**ing draining for the parents and fu**ing frustrating for the kids. And from my observations, it doesn't seem to be very efficient.

So I decided, with my limited knowledge of child psychology, to turn this new phase into a more positive learning moment. I know that it sounds naive and that experienced parents will tell me that the "rebellion phase" is inevitable...and I will totally agree with them but I will try as much as I can to embrace Alice's need for autonomy while keeping her safe and "civilized" (I'm one of those mothers - part 2)! However, I believe that when toddlers (or even adults) hear no, ...! a million time a day, well, it is normal to get pissed off!

So I did an experiment with the little lady and my jaw dropped with satisfaction.

Alice has a delightful interest in opening the garbage bin lid (take things out of it) and the toilet seat (put things in it).  GROSS! For the past few weeks, every time, I would say no, ...! and she would do it again and again and again with this little provocative face (it is very cute by the way but this is not the point).

So I did a bit of reverse psychology. During an entire day, pretty much every activity that we did had an "opened versus closed" concept with, obviously, a hell of a lot of positive reinforcement for the "close". The day after, as she was standing next to the garbage bin, she opened just a little bit the lid and looked at me with expecting eyes (but not provocative). I calmly said "close". Immediately, she closed the lid and with a big smile welcomed many "bravo Alice" (it also worked with the toilet and we are currently dealing with the cat box...GROSS!).

Anyway, I think that an overdose of "no" from parents is like a badly managed pacifier. Eventually, its initial purpose become obsolete and you are stuck with another problem (ok, is it time to read the disclaimer again, ah?).

I think that for the moment, I will save the no, ...!  for times when Alice's safety is in danger.


p.s. there is a nice article on Why Toddlers Always Say "No" that claimed that a recent study in Child Development showed that 2-3-year-olds argue with their parents 20 to 25 times an hour! Wow, this is intense!


I feel super bad that I neglected answering your lovely comments. As of today, I will go back to answer them at the end of the following post.

For those who asked, I used "artistic" latex paint for Alice's abstract painting. I just made sure that she didn't make any holes in the bag with her teeth.

Oh, and yes, I do have big windows (living in an old factory) for my herb garden!
Posted by claudia at 21:31

ah, so refreshing to hear this. I swore I wouldn't be a "No" mother, and now that I'm at the stage of toddler defiance, it's proving challenging! But like you, I'm finding some creative strategies are working. great to hear yours... thanks for the encouragement!

:) I would most definitely be one of the mothers in the group saying "no...no...no!" It's not that I like saying it, or even that I think it's super effective, it just seems to fly out of my mouth before I think to say/do anything different! Ha! Thanks for the advise, I think it's probably right on. Now I just have to work on my self-control!

This is why I love your blog!! Finn is almost 9 months now and he to makes that cute little face everytime he is up to no good. he just found the garbage today so I guess I will start doing with him as you did with your sweet one. But I let him play in the cupboard and recycling all the time. At least then I know where he is. No is for when he is in danger. thank you!!

I like to read this : )
"No" must be said when it is a real "no". We adults use "no" because we meant something different but at the moment we are into too many things to find a different concept. You took the time to find the "real" meaning to your no's.

When these kids get older and they are getting near 3 years old... this task gets even more harder and tricky. My kid doesn't stand there to watch me with lovely eyes as she used when she was 15 month. First at all, she asks WHY?. I've found that if I ask back something to her it is the best way to cut an infinite WHY? chain.
If we are talking about open-close concepts, this is fun because she will be very busy demonstrating how it works and that she can do it by herself in several ways.

I love that and will totally have to keep it in mind when out time comes! It makes sense. 'No' is just a confusing word it doesn't tell you what to do next or really what is wrong at all. Giving her a specific task associated with the 'bad object' that is safe is such a brilliant idea! Then she feels like she did something good and you taught her something in the process. Love it!

It's such a pain to say "no, no, no" all day, and it really gets us nowhere. G completely tunes it out, and I also realize that sometimes I say it for practically no reason. (Also, how annoying is it to hear kids saying "No!" to their parents all day? But why wouldn't they after hearing it so much?) Because of this, I did exactly what you did, the whole "open/close" thing. They love it, don't they? G used to want to climb in the dishwasher every time I opened it, but once I started doing the "open/close" game with him, he runs through the house to close it for me and is my little helper.
There are times when you really want to/have to say "no" but I try to say "stop" or some other action that is more understandable. Nothing I try has gotten him to stop shaking the floor lamp, however. I think in that case, I'm just screwed. =)

ah, I completely agree!! I can't stand saying no all the time and I've even gotten to a point where I ignore Wolf {providing he's not doing something dangerous} and I think that works too. it's like he's testing me to see what I'll do. he even looks over and I'm not paying attention so then he stops pulling on that cord, getting into the flower beds, etc. sometimes it works, other times it doesn't, but I feel you. I hate saying no no no no no!

I was just reading something similar on the Teacher Tom blog today:)
http://teachertomsblog.blogspot.com/
I think you'd like his philosophy too.

It's a great tip, Claudia! Thanks.
I am currently staying at my mother's right now, for the vacation, and we have a slight different approach to the "no" issue. She thinks she can teach him to avoid certain things (like climb the stairs or eat the dirt of our plant), so she is constantly after him, not only to say "no" but to explain everything. I am not against her doing it (as long as I don't have to myself!) especially since I can see that August looks at us before doing something forbidden, to verify "no" means "no".
But in my daily life, I feel I don't have the energy to do what my mom does. So I am waaaay more lazy and instead of teaching him not to go in the stairs, I barricade them with chairs. Instead of saying "no" every time he goes for the plant, I put the pot in the garden so he can't see it.
However, your approach seems way more productive than mine! But if I understand the "close" concept, how do you teach through activities the "don't play with the water in the toilet' bowl" concept? Or the "don't touch strangers in the parisian subway" concept? Haha.

Before Levi was born, I read something somewhere (don't remember where) advising against being a "no...!" parent. But it is hard in practice! Now that Levi is mobile and curious, I have to stop myself from saying "no!" all the time because it's what wants to come out of my mouth. Instead I try to say "not for Levi!" or if it's something dirty I say "eww! Icky!" We'll see how well it works :)

I think my strategy is to always remind myself that he's just a toddler. So when he's happily unrolling a roll of toilet paper or emptying a basket of freshly folded laundry he'll get angry if I steer him away but I'll say something like "I know you're a toddler, but we can't play here" and try to engage him in something else. It doesn't always succeed in making him happier but it stops me from just repeating "No, no, no" like I sometimes tend to do and helps me to not lose my patience (like I sometimes do...). It's definitely nice to turn their "bad" habits into teaching moments - open and closed sounds like a good place to start!

I was thinking about you the other day Claudia, as I'm currently pregnant with our first child... so lovely to check in here and see your parenting style and you're so inspiring!

yes! my mom instroduced me to this concept when my sister was a baby, and so ben and i talked about it from day one. in addition to what you mentioned, negative instruction (so i have heard) is simply HARDER for the brain to understand. so if henry grab's the cats fur too hard and i say "NO don't hurt the cat" it teaches him to say no, and he is less likely to understand and respond than if i say "please let go, and be gentle".

so we are always on the hunt for a positive way to request something.

kind of related, have you read unconditional parenting?

duh, i just am reading the article now "Tell your child what you want her to do rather than what you don't want her to do" and THAT is why no one pays me big bucks to write!