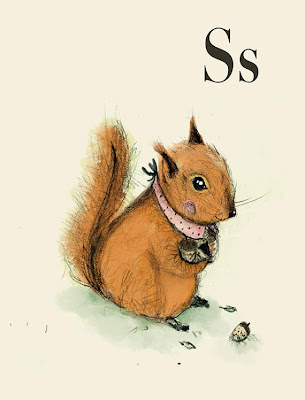 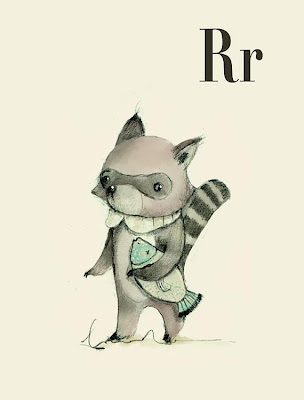 I come from a traditional Québec family. That means that I was raised speaking French. For your information, Québec is a Canadian province where people originated from France and not from England like the rest of Canada. In Montreal, most people speak or at least understand a bit of English. However, most of the country side is purely French.

I met Dan in highschool. We were 16 and it was in chemistry class. He was basically part of the only English family in the area. Ah, my lovely "maudit anglais" ("damn English"...you should also know that there is a bit of friction between "French Québécois" and "English Canadian").

Anyway, long story short, I ended up going to an awesome English college. To my parents' (they are both teachers) great dismay, Dan and I have been speaking Frenglish for the past 10 years!

People told us that the best way to raise a bilingual kid is to have one parent speak French (me) and the other English (Dan). Easier said than done! So far, we failed miserably!

When we go book shopping, things are getting ridiculous. For example, I love the Scaredy Squirrel books. Does this mean that if we get a book in English I would never be able to read it to Alice? So far, we got half of the books in English and the other half in French!

And I also want to take a Wee Hands class (sign language class: "Long before your baby can speak, she has the ability to understand speech & wants to communicate with you. Most babies are able to sign back to you by the time they are 8-12 months of age") and the class will probably be in English...but I'm supposed to communicate only in French with Alice!

And how does it work when we have visitors speaking only French or English? Suddenly, I (or Dan) will switch language? Ahhh!!!

Oh, and what about those cute animal Alphabet prints in English (well, the "R" works in both English and French)?

CONFUSING! Are any of you are raising bilingual kids? Is it working?

* * * * *
kara: I don't think that I'm brave from writing about the subject! If it happens to me, well, it probably happens to other women. The thing is that people are shy to talk about sexuality so you can feel pretty lonely, especially after having a baby, if you are in that situation. Maybe with time, things will change...hopefully :)

new duds: I'm going downtown this afternoon and I'm planning to get that book. It looks super interesting. Thank you for the info. And you are right, baby or not, sex funk can happen ;)

lina: I'm totally with you about the boob thing. Thank you so much for the video. It is so freakin funny. And Dan told me that they also have a TV show. Cool!

clairsy: As I wrote, my mom reads my blog. But my mom also knows that in order to make a baby, well, I needed to have sex in the first place so, you know, it is not a big secret!!! Good point about the second child = having sex ;)

lila: I also think that patience is key but how long will it takes?

taryn: Thank you! Well, no situation is perfect! You are very funny :)

bugheart: Each post-baby delivery is different. Maybe you will need a lot of actions in the bedroom...we never know!?! Thank you for the link.

peanut: Hi Shelley, as soon as I have some free time (probably tomorrow) I will send you an email. What you told me really touched me so I want to take the time to answer you properly. Take care xox

I'm so jealous. I wish one of us were bilingual. I've toyed around with sending our kids to a french immersion school here in Nova Scotia but I think I'd rather just move to Quebec :) It may be a bit of shock for me though because I'm American and grew up taking spanish. so basically what i'm saying is, I have no advice. :)

Kinda the same situation here, although my boyfriend doesn't speak French very well... so I speak French to the baby about 85% of the time that we spend just the 2 of us. We speak English at home (with dad, who only speaks in English) and daycare, school will be in French. I just think that French's grammar and spelling is harder... so school in French is a MUST.
For now, I think maybe English wins a little bit... hum, I don't think it's a going to be a big deal... it'll be very natural, especially if it's natural for you!

We speak English and Hebrew. I found it hard to speak Hebrew to my kids when my husband and I speak English together, although I do know couples where that does work. Since it didn't come naturally to me, I went with English and read Hebrew books, and bought Hebrew kids videos. Then when they went to preschool in Hebrew, their language really got founded. That still is the dyad - Home one language, school another. It works. Today (they are 7, 6, and the infant doesn't count) we speak Hebrew when we are playing with Hebrew speaking kids, or outside the house like at the store etc, but English at home. As long as you don't mish-mash the languages together which destroys both, then you're fine!

(I also did sing-and-sign in English, and it was great. My son spoke very late, and it was especially helpful with him. The speech therapist didn't think the lateness had anything to do with the signing, but the dual language issue, and the signing she thought was helpful. You can use the same signs no matter what language you're using, since they're not for communicating with the public but simply reinforcing the message of language at home.)

We are an English/Norwegian speaking household and we live in Norway. My husband only speaks English (he is from the US) and Norwegians are generally very good English speakers so mostly we would speak English before we had kids. I speak Norwegian to our daughter when I am alone with her (she is now almost 3) and my husband speaks English. When we are all together we usually end up with English as I can't handle switching back and forth. In daycare it's all Norwegian for her. Initially my daughter always answered her father in Norwegian even if he speaks English. This went on for a while....not a single word of English but she obviously understood everything he said. But then one day, as if by magic, she started answering him in English. She still prefers Norwegian most of the time gets a bit confused but progress in both languages is good . The books thing is confusing but I wouldn't overthink it. Kids are amazing....their ability with language is baffling. How much effort one has to put will probably depend on your surroundings/ daycare/school situation. My daughter hears both regularly as so many friends are English-speakers. But if one of the parents is the child's only source of one of the languages I guess it takes a bit more effort. I'm no expert but I just wanted to share my experience. A French-Norwegian couple we know used the same approach and had about the same experience

my husband speaks only spanish and i speak spanish and english. so far our 2 year old speaks 60/40 english to spanish. keep it up!

this sounds so familiar. We are a Spanish/English household but I speak English much better than Spanish and my husband and I always spoke English to each other so switching to Spanish is hard. Basically we both speak both English and Spanish to 17 month old Lucia. She also goes to an English speaking day care so she is picking up more English than Spanish, which is inevitable here in the US. But I think she is getting some good exposure to Spanish and I think it's good to show her that people can speak two languages. More importantly, I've been using sign language with her since she was born. I use the same sign in English and Spanish (although it is ASL) and I am convinced that it is a good bridge to connect the two languages. She has definitely picked up a lot of signs and continues to. I really encourage you to try it!

Spanish-Norwegian with a hint of English here. It's crazy-bananas!. We're doing it the same way as you and Dan. I speak only Spanish to her and Jonas only English. We speak Spanish with each other, and Norwegian with the rest of the family, so we do switch a bit back and forth...I'm hoping she'll eventually get it, he he...

Re: Scaredy Squirrel,
I believe it was actually a French book first - Frisson l'Ecureuil.... so, no worries there.

As a preschool teacher who has worked with many children from dual-language homes, I have to say don't stress too much. If you did, you woud worry about speaking English with your partner in front of her, right? So use French as much as you can and read her whatever you want - books are awesome no matter what - and sing and write and just use language. She'll come to learn both naturally. Little ones are amazing like that!

I'm American, my husband is Swiss. He speaks Swiss-German to her exclusively and I speak English.

It has worked well so far, although he had to get real disciplined in the beginning because it felt unnatural. We just made a point for him to speak to her from a newborn in the second language.

Now we are moving back to Switzerland and I think it will be easier to raise a bilingual child there.

She is only 16 months but already says "baum" for tree and other English words.